The Leavitt family first settled in both Southern Nevada and Southern Utah in the 1850's. Dudley Leavitt was the first member of the Leavitt family to settle in Southern Utah and Nevada with the Church of Jesus Christ of Latter Day Saints. The Leavitt family in Southern Nevada helped to found Bunkerville (near Mesquite). Originally a farming family, members of the family in an effort to help their community and help Las Vegas grow, became Attorneys after World War II. Most notably, Elwin and Myron Leavitt. These pioneers helped the citizens of Las Vegas and all of Nevada during their careers in various political and city positions. Myron is most famously known for his services as Lieutenant Governor of Nevada under Governor Richard Bryan and as a Nevada Supreme Court Justice. Myron's daughter, Michelle Leavitt, currently serves in the Eighth Judicial District Court as Judge for Department XII.

James’ Father, Terry V. Leavitt, started his legal career working for Elwin Leavitt. While Terry is not a descendent of Elwin or Myron (rather they were first cousin's of Terry's Father, Van Leavitt), Elwin's tutelage helped shape Terry into one of the top Bankruptcy practitioners in Nevada. Terry V. Leavitt has been practicing mostly Bankruptcy law since 1977 and is a Certified bankruptcy specialist. In 1984, Terry and his partner John G. Graves, Jr. established the firm Graves and Leavitt. James spent his youth growing up in his Father's office, learning the duties and lore of practicing law in Las Vegas. Starting as a runner, James learned all aspects of his Father's practice before becoming an attorney himself.

Just like his Father, James has continued the tradition and joined the ranks of the lawyer branch of his family that includes many cousins and his sister, Shoshana Kunin-Leavitt, each dedicated to helping the citizens of Nevada resolve legal conflicts in various fields of specialization. James has created Leavitt Legal Services in order to effectively and personally assist the community in the traditions passed down from his family. As such, James believes in having a personal relationship with his clients and personally communicating with them about the status of their cases. He aims to keep the firm traditional rather than having his clients deal with the inhumanity of an office staff that rarely allows the client to see an actual attorney.

The law is complicated and no attorney is competent or knowledgeable about every legal field. That being said, if you have a legal issue in a field in which James does not practice, he will refer you to someone that he confidently knows is reputable. The benefit of the Leavitt Family's extensive roots within Las Vegas is that James has the advantage of knowing many Nevada attorneys and directing you to those who are the most knowledgeable and effective at resolving your particular legal issue. 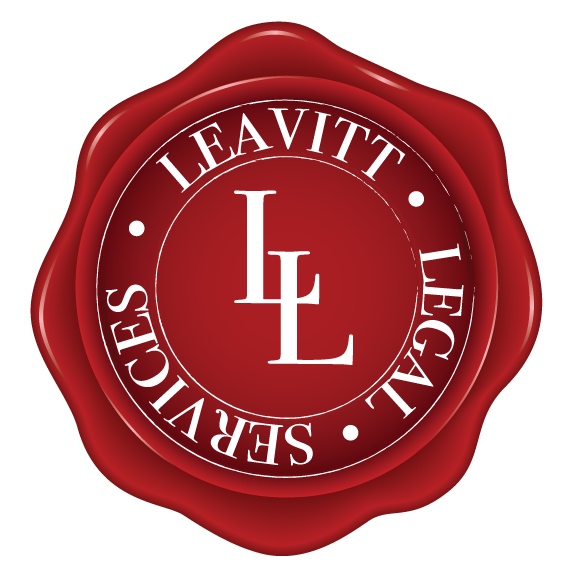